We still have a few more things to report about the Tokyo Games Show 2018, and this time it’s not about games. It’s about a new kind of screens that we have never come across before. It’s difficult to give them an accurate name, but let’s keep it to “holographic displays” while technically it’s probably not the exact term. At least that’s what most people will understand. These are displays that give a true perception of 3D in the screen “space”, without the need of any additional accessory like glasses aand all. And 3D, not like the 3DS, where there’s just two images displays with a slight parallax. We are talking about a great amount of images displayed in wide angles, so that the perception of 3D is very, very much real.

There were two companies, of very different structure and size, which were showing up products in that kind of category. They can’t be compared to each other like apple to apple, but strangely enough both of them were running the Voxel game Voxatron as an interactive demo, so you could have a sense of what which one does best.

Looking Glass
Looking Glass presents a readily available holographic display with a limited angle of vision (45 degrees). You can buy one today. What does it look like? Well, it’s just like a transparent brick of glass, pretty thick. Especially the larger version of the display. Inside that brick of glass, you will see the bunch of images form, and depending on which angle you look at, you will see a slightly different. It’s apparently a Canadian-HK company, and they managed to get started via a successful kickstarter campaign. Since it displays scenes that have 45 degrees of viewing freedom, the software under the hood needs to render the same scene using 45 different cameras. They have developed some Unity plugins to make easier for developers to support. Using a variant of lenticular screen. There is a smaller display that looks like 7 inches or so. A larger display, 15 inches, is also available, but costs 3000 USD or so and a lot thicker.

They had a couple of demos running on the screens. Some of the interactive, some other not. One of them was about a character you could punch around using your fingers (and a leap motion detector in front of the screen). On another device you could play Voxatron. It was quite impressive. The image really “pops up” out of the screen.

Voxon Photonics VX1
Voxon takes a totally different approach to create “holographic”-like images. It’s a surprising one to say the least. Imagine a little dome, in which you have a 3D scene completely rendered as if it were a physical object. You can walk around, look at different heights above the horizontal base, and everything looks like a real scene. This impressive feat is achieved by a kind of hack: inside this glass dome, you have a translucent membrane that vibrates up and down on the vertical axis at high speed.

Under the dome is a projector that shoots pictures at 4000 fps. The trick is that every single time the membrane reaches a different height in Z-axis, the projector shines a different image. So you get a very large amount of 2D slices amassed on a vertical axis, refreshed at a fixed frame rate, giving the illusion of a 3D scene. In in all a very clever solution. (You can read more about the details on their page: https://voxon.co/technology-behind-voxon-3d-volumetric-display/).

It has a few limits for now: first, despite how good it looks in the PR videos, it suffers from flickering (15fps right now). They said there are ways to increase the framerate to 30fps to eliminate the flicker, but this is the state of the current prototype. Second, it is very expensive, but could be made much cheaper with mass market production processes. The company has been looking for partners in Japan to see if they can secure a business in game centers/arcades in Japan first (since the arcades business mainly survives in Japan and not much anywhere else). The prototype is about 10 000 dollars now and they have another year of runway in terms of investment right now. They have worked on it for 11 years, with the first 5 years being mainly as a hobby. 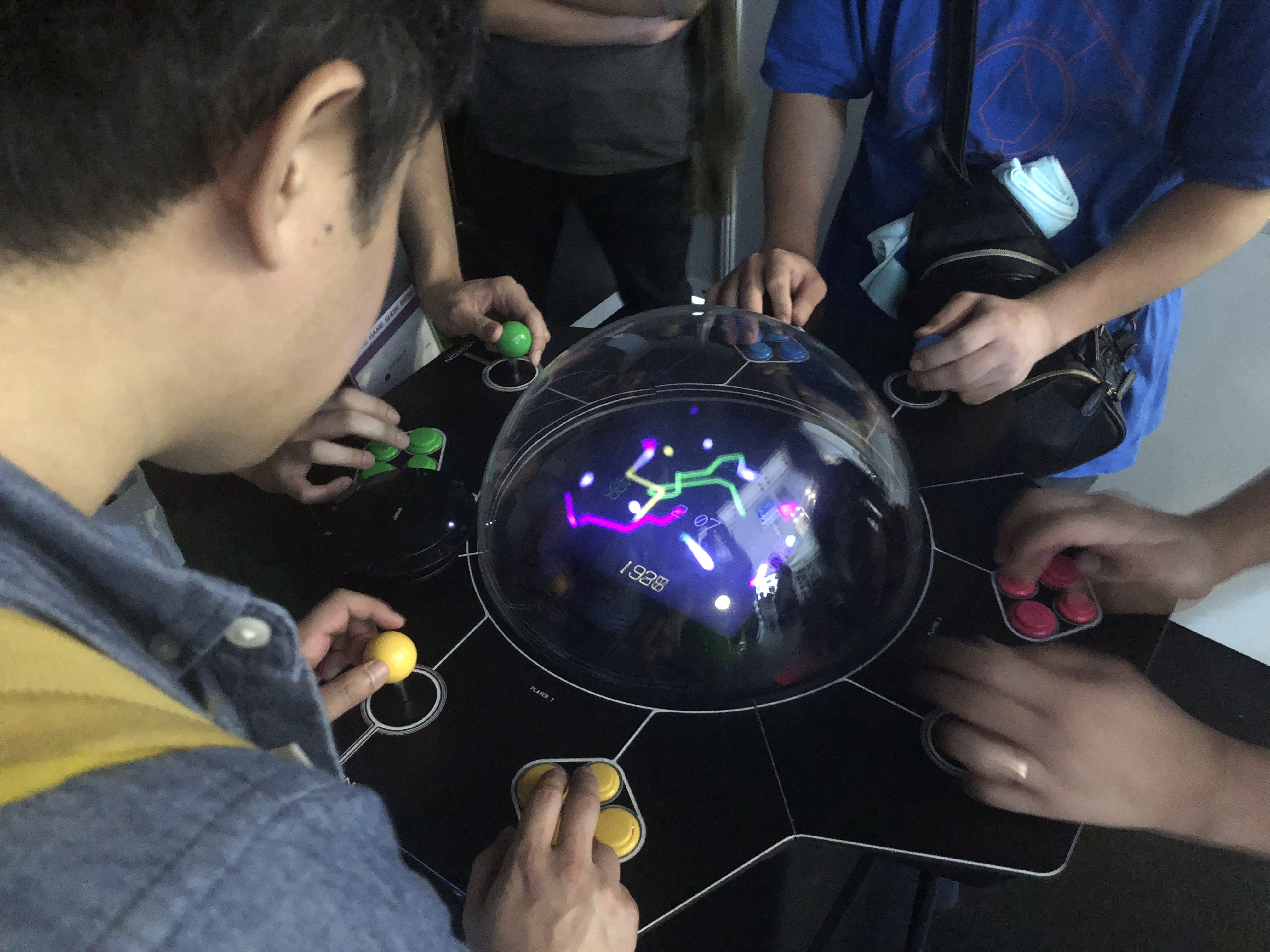 There are many applications for such a technology: they did a demo with face to face video call in another event in the US, where they would recreate a person’s face in 3D using cameras and stream the 3D model in real time to the Voxon VX1. It required 60Mbps of traffic (5G) in order to work – because you cannot compress much further the data feed as it would destroy the Z-axis information.

If I were to pick a truly game changer technology, I would say without hesitation that Voxon is one of them. It’s hard to describe how amazing it is to see something that looks like a real object or a real scene inside its dome. The game Voxatron looked surreal with this display device. The only issue is that Voxon’s tech is off the hands of consumers for now, and it will take a while before it becomes cheap enough to consider. Looking Glass is readily available, and provides a very good 3D effect, while you can’t turn around the scene. 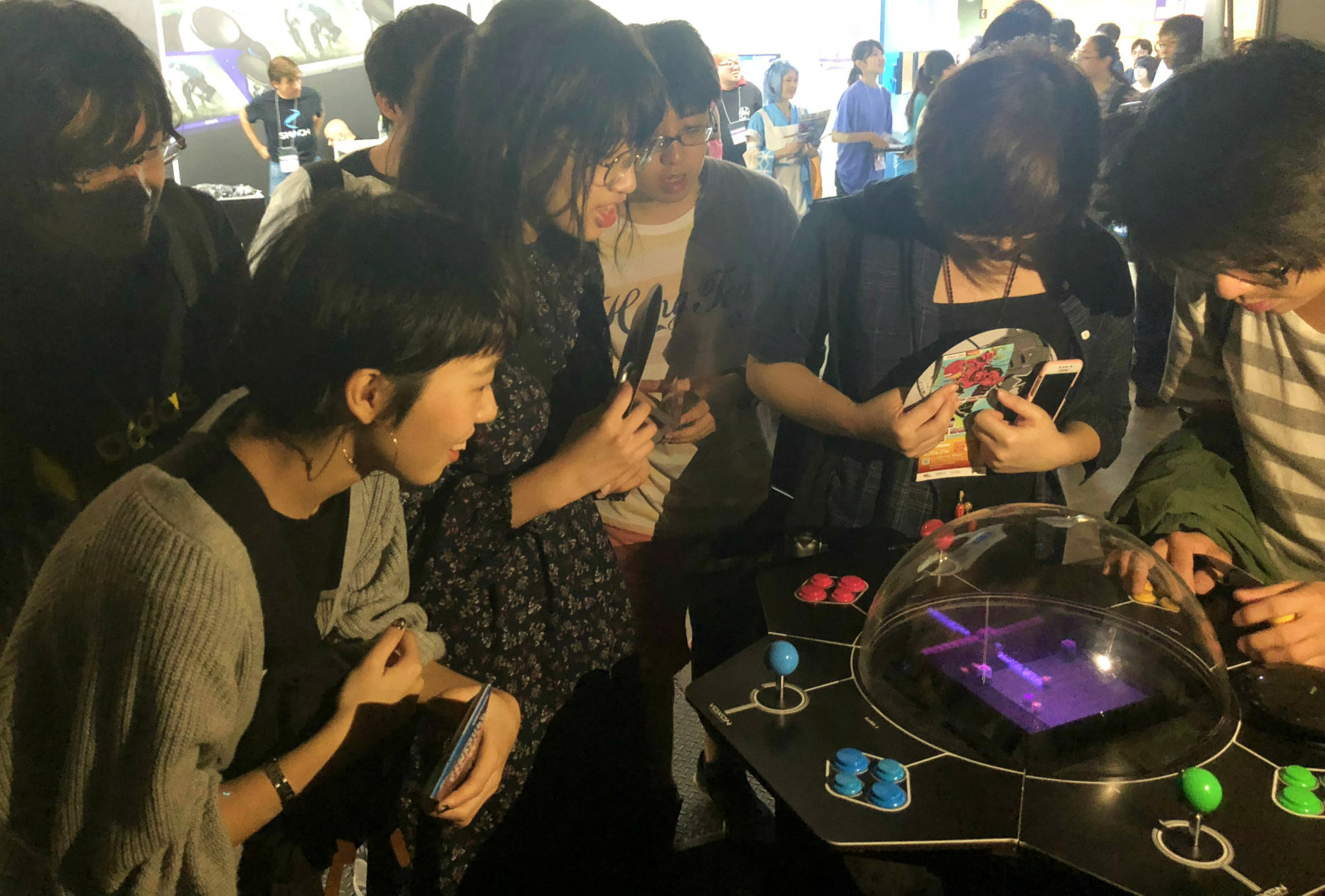 At this point this is still a very niche market, but I find it a lot more impressive than everything I have tried so far in VR – it’s a different point of view, but it feels more natural and real than having to put a clunky headset on. We will keep watching where this is headed.

Did the TGS2022 Help The Steam Deck Gain Awareness in Japan? Apparently Yes!
Valve's Lawrence Yang and Pierre-Loup Griffais' Interview with Japanese Media: "We don't consider t...
The Steam Deck's Sales Pitch for Japan: It Could Have Been Better, To Say the Least