in Road Redemption, you are part of a bike gang. Your leader, wanting to end the oppression from a cruel dictator of post-apocalyptic America, heads to Washington D.C. in a desperate assassination attempt. The thing is, he hasn’t told you about this, or anyone else for that matter. Once you learn he’s missing, though, you and your gang decide to chase after him. The consequences of the government finding out about what your leader is up to, can have a direct bearing on not just him, but you, the rest of the gang,  your friends, and your family, and, quite simply, would be calamitous. So as you’re traveling hundreds of miles across the country via your motorcycle, from California to the country’s capital, through deadly highways — and, at times, falling cars from the sky — you have to make a decision: are you going to support your leader in the assassination, risking your life in order to do so, but putting an end to the tyranny, or should you stop him, therefore preventing any consequences from befalling on any of you?

Enter Road Redemption, the spiritual successor to the Road Rash series. After the successful crowdfunding campaign was announced back in April of 2013, we now finally have the complete product, out of Early Access, over four years later after several delays. But man, this game is a hell of a lot of fun. Choose a character, choose a bike, then head out on the open road for some brutal mayhem. Race across to the finish line, using a weapon of some sort — be it a bat, a shovel, a sword, a pipe, an automatic gun, a taser, a mine, a harpoon, or the plenty of other weapons that you can try out — knocking out the other fellow racers who are also in the hunt for your leader, gain cash as you defeat other bikers and complete the mission to earn upgrades for your weapons, your health, or your nitro (this speeds up your cycle to catch up with other players), go through seventeen levels, and try to take out the assassin on the last.

You may feel your heart start to race as your enemy mocks you while you progress, and he becomes all the more threatening the closer you get to him. Each level generally doesn’t last any longer than five minutes — usually consisting of a basic race where you have to finish in the top three, eliminating a target or a group of targets, surviving a barrage of raining cars or police ganging up on your ass, or having to cross the finish line within a certain amount of time — but you’ll be playing this mode a lot, either because you didn’t complete it due to a Game Over or to unlock more bikes/riders/upgrades. And a word of caution: the levels will progressively become more difficult — enemies will be toughened, have sharper senses as to when you’re attacking, have increased health and aggression, and you will have an increased risk of crashing into an oncoming vehicle due to highway chaos — and you cannot afford to lose a mission, otherwise your biker’s maximum health will be decreased by twenty-five percent (this decrease will stack if you continue to fail, meaning your bikers’ max HP could be as low as something like 10, when you started off with 100).

And when your biker dies, you will have to start all over from level one again. Believe me, when you’re at the seventeenth level, already made your target lose half of their health, then get sliced in the neck by another driver because you got careless, becoming too focused upon eliminating said target, you will get frustrated that you made all that progress, just about to complete the campaign, then blow up some steam because you have to start all over again. This is somewhat compensated, however, with permanent upgrades after your biker’s death. The more bikers you defeat, the better you place in a race, the more experience you gain. This experience can be used to purchase said upgrades for your character, be it increased maximum health, increased maximum nitro, increased percentage of cash earned, or even new bikes/riders. Each bike and rider have different abilities and/or statistics, so once you’ve gotten a grip on the basic biker, you can try experimenting with other bikes and bikers to suit your needs — for instance, decreased max health for one driver, but increased nitro and critical hit damage. 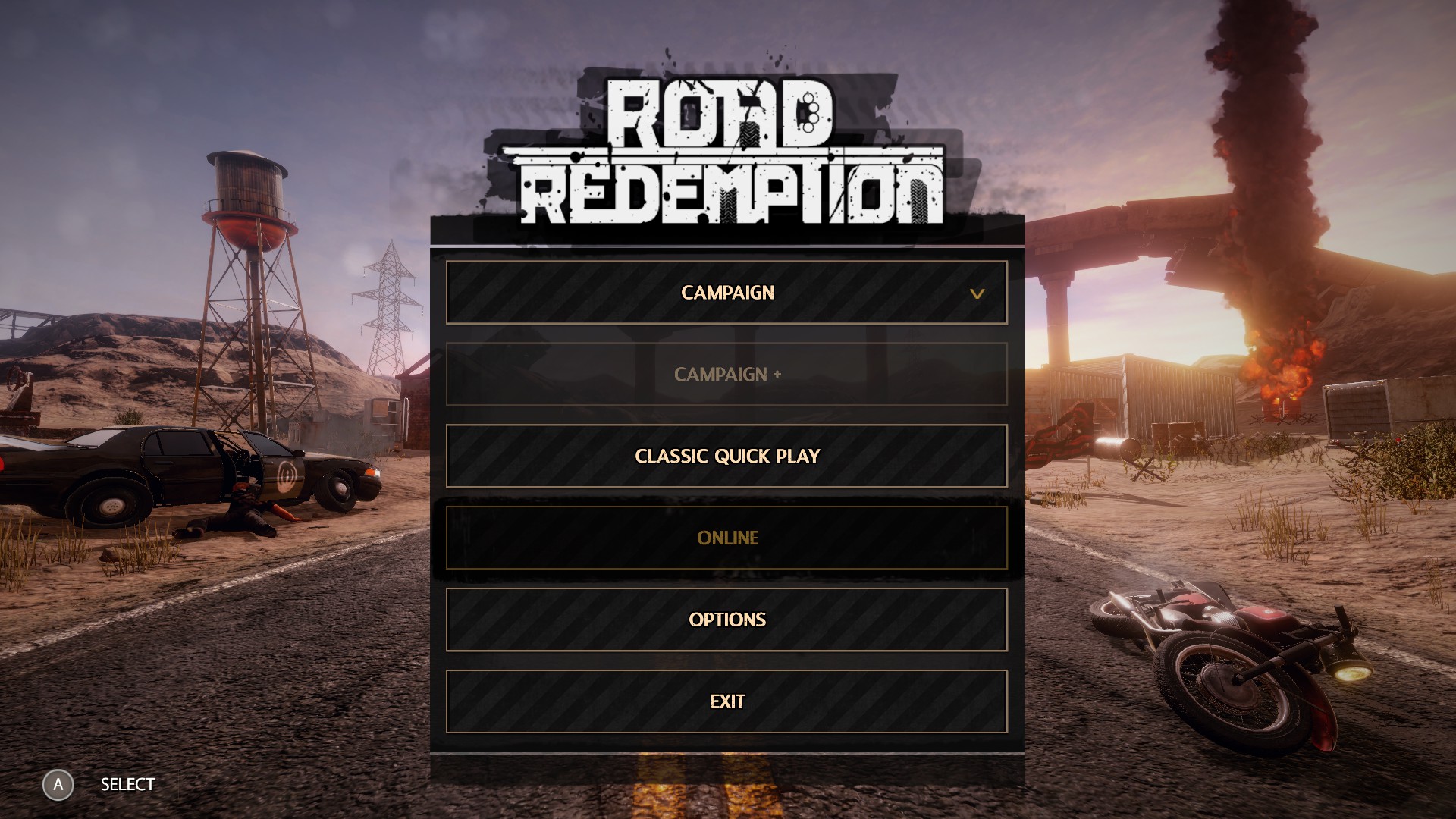 Beat the campaign? Congrats! Pats you on the back. It’s not an easy thing to do. If you got the balls, go and give Ian Fisch — the main developer — a call (his number will be put on the screen when you get a Game Over. No, I’m not kidding) and tell him your thoughts about the game. Did you like it? Did you think it was fun? Do you believe there could be some improvement somewhere, or found a glitch? Tell him. I haven’t personally contacted him myself but I’m more than certain he will listen to your suggestions. Also, the Campaign+ mode will be unlocked! Whoo! It’s the same thing, except it’s even more difficult! More health lost when a mission fails, increased damage taken, tougher enemies, etc. Though, I hear some great prizes can be awarded…

Besides the campaign mode — which can actually be played locally with up to four players in splitscreen, either cooperatively or against each other — there’s also quickplay, which can also be played in local multiplayer, where your biker is placed on one of the maps in the campaign mode and is simply a normal race to make it to the top three. If you do, you will get a bronze, silver, or gold award, depending on your placement. Achieve a certain amount of awards to unlock the next level. There’s also online play, but it’s something that I have not explored yet. 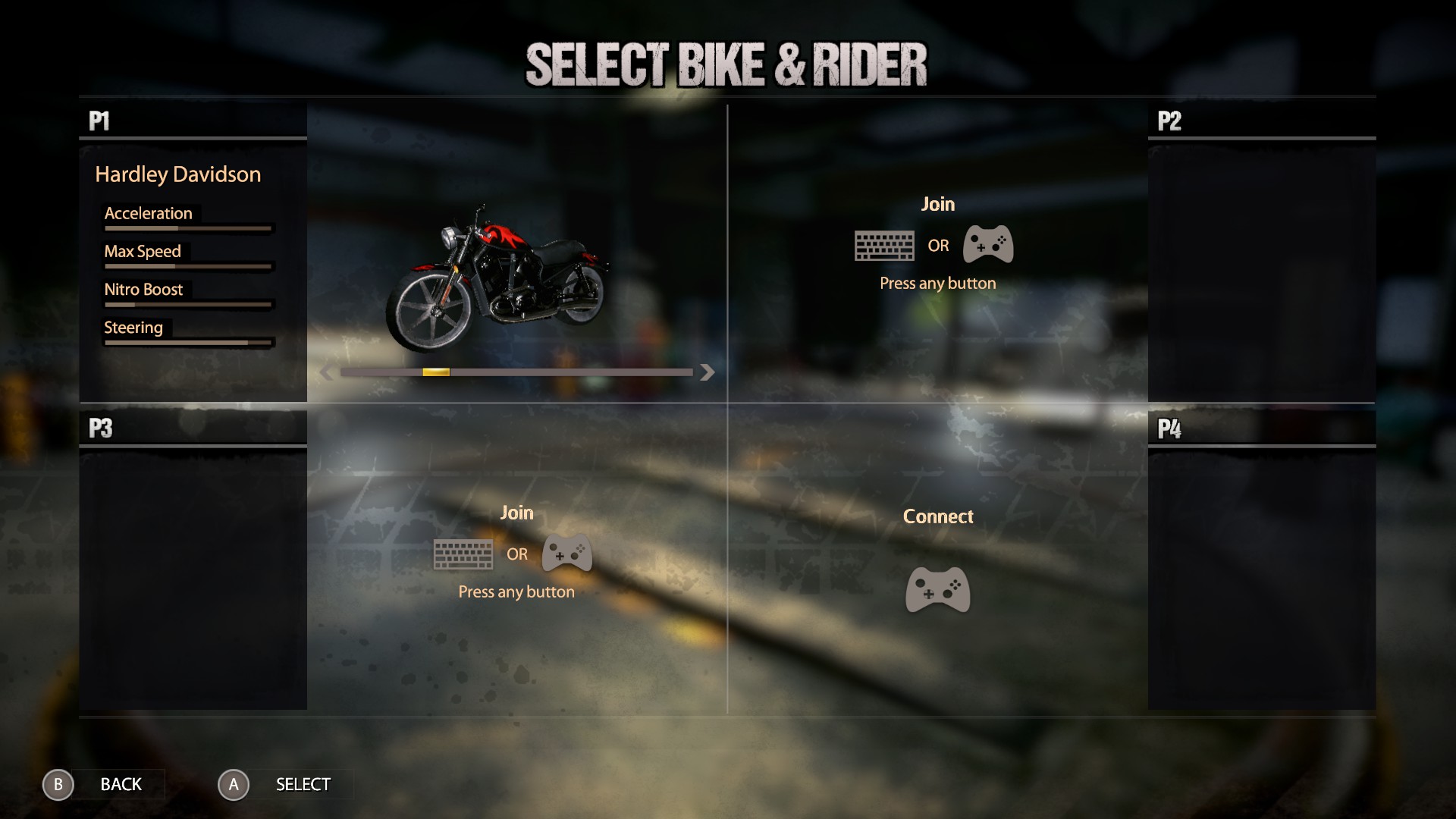 The combat mechanics are awesome, if you can withstand the blood that comes from either hitting or shooting an opponent (may I also warn of decapitated heads from slicing a rider’s neck off with a sword). This is nowhere near a simulator; it’s much more on the arcadey side, being able to accelerate to maximum speed in just a few seconds and the ability to steer to the opposite side of the road in a moment’s notice (though, you will still need to hit the brakes and drift while approaching a curve).

Tracks are procedurally generated, meaning bikers and cops will appear out of nowhere, quickly gaining pace with you, no matter how far you are ahead of the pack. Attacks can be deflected with a wave of your arm (though, this will be more so of a dodging maneuver on your part if your rider is carrying a firearm). You can shove other bikers off the ledge or make them crash into the wall by kicking them. You can also hold them by the shoulder and force them into an oncoming vehicle or slam their face against the asphalt. Brutal, I know.

As you inflict damage upon an opponent, either with your wrench, your ax, or whatever batting weapon you have at your disposal, your Critical Hit gauge will increase. Fill it to the top and upon holding either the attack or the kick button, your weapon or your leg will turn on fire, heavily increasing the damage or force inflicted upon the unfortunate victim. Opponents will also be unable to deflect this, so if you see someone with their shovel covered in flames about to hit you, it’s best to steer clear of the attack and then make your move once his swing is over, or kick him as he’s readying his swing. While holding a firearm, aiming is not automatic — there will be a green cursor on screen, in which you can adjust your aim with the mouse/right analog stick, and hitboxes are generally forgiving. It’s relatively easy to hit your target, depending on how close you are to him and whether you’re turning or not, and no bonus damage is awarded for headshots. 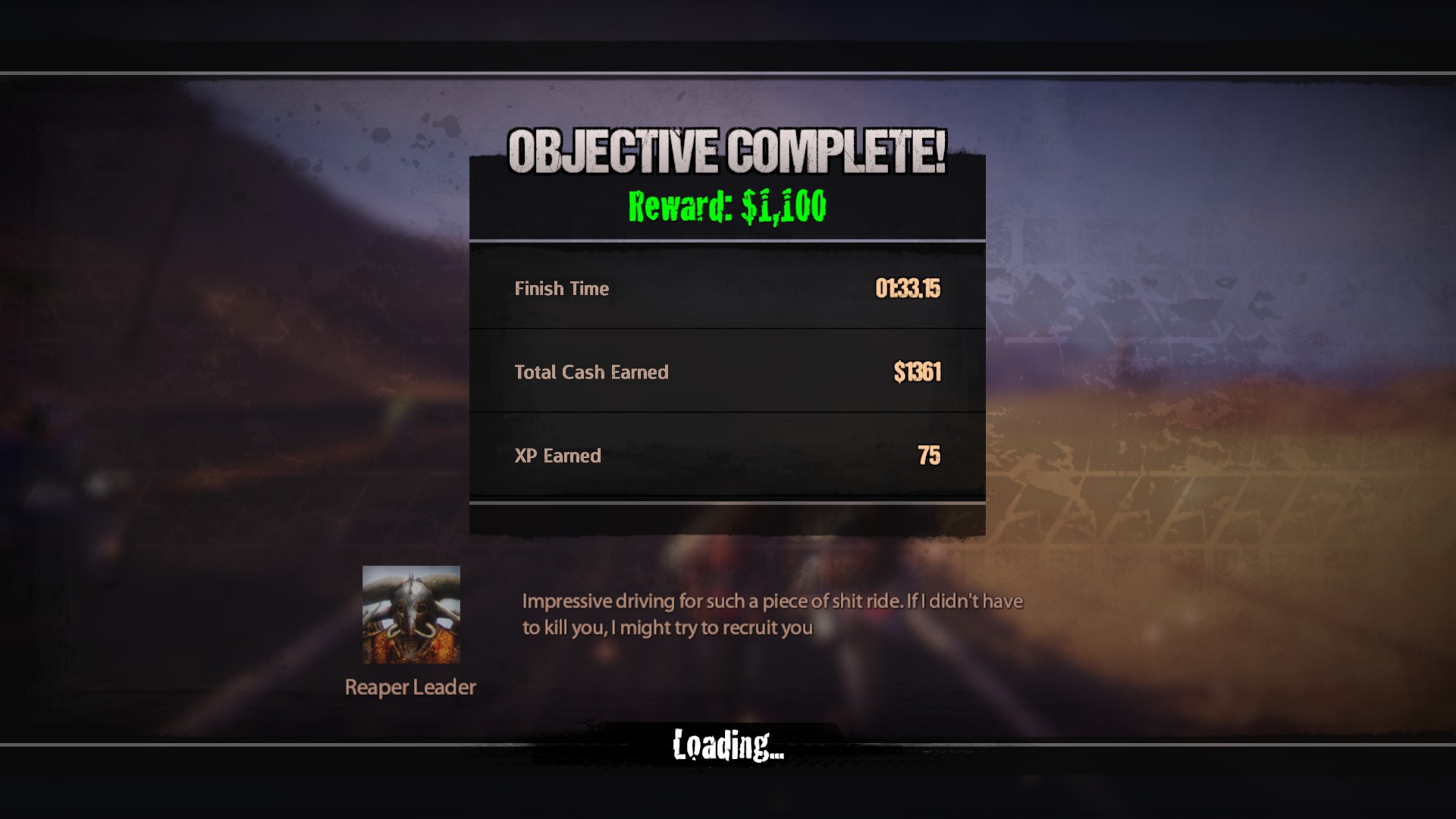 The Linux version runs very smoothly, which is definitely nice. There’s some occasional stuttering when there are a bunch of cars, trucks, and bikes on the screen at once, but obviously that’s something to be expected with any game and it’s not something to lose sleep over. Though, you’re probably going to need a fairly beefy rig if you want to run the game at max graphics settings. No crashes so far since the game left out of Early Access a few days ago. For a while there was an issue with controllers — the START button was actually the accelerator, not the Right Trigger. That issue is finally gone and now I’m able to play the game comfortably, with all controls intact, on my generic Xbox 360 pad. Here’s some gameplay through a couple of the Campaign levels:

If you were ever a fan of the Road Rash series, I’d definitely recommend picking this up. I can’t attest to those games since I haven’t played them myself but from the reviews I’ve been reading it seems Road Redemption picks up on the mechanics nicely, with the added bonus of modern graphics and additional gameplay features. Or, if you’re like me and just find the combat-racing hybrid to look fun, that works too.

As we liked this game, it finds its way naturally to our recommended games list. Check it out for other great games you may be missing in your current library!

I was really looking forward to picking this up soon but that whole go back to level one if you die is just a deal breaker. I despise that kind of game mechanic. If I want an arcade experience i’ll go to an arcade. I still may pick it up on sale. Hopefully they patch in different diffiulty levels or something, I’m not against iron man modes for those that want it but it shouldn’t be the default.

Definitely worth picking up. I’m having tons of fun playing this game. Runs very smooth for me.